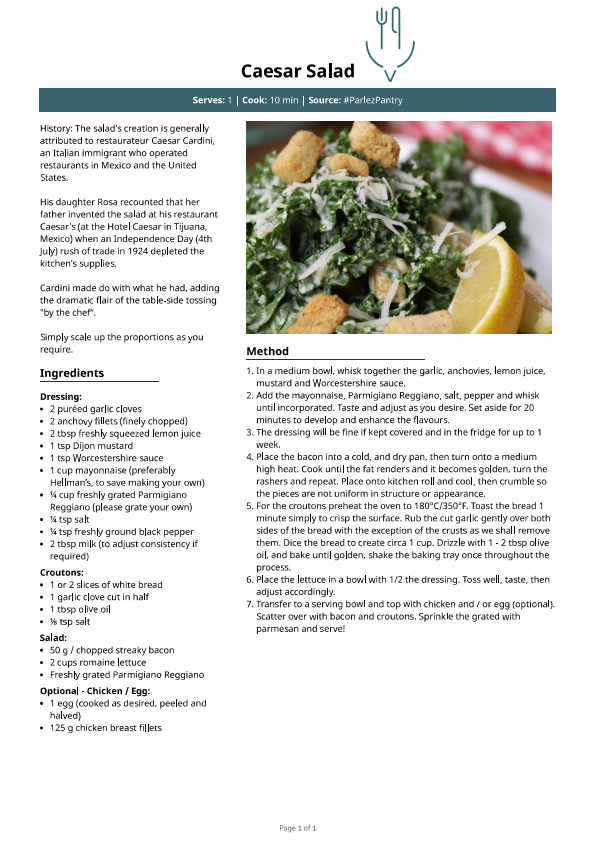 History: The salad’s creation is generally attributed to restaurateur Caesar Cardini, an Italian immigrant who operated restaurants in Mexico and the United States.

His daughter Rosa recounted that her father invented the salad at his restaurant Caesar’s (at the Hotel Caesar in Tijuana, Mexico) when an Independence Day (4th July) rush of trade in 1924 depleted the kitchen’s supplies.

Cardini made do with what he had, adding the dramatic flair of the table-side tossing “by the chef“.

Simply scale up the proportions as you require.