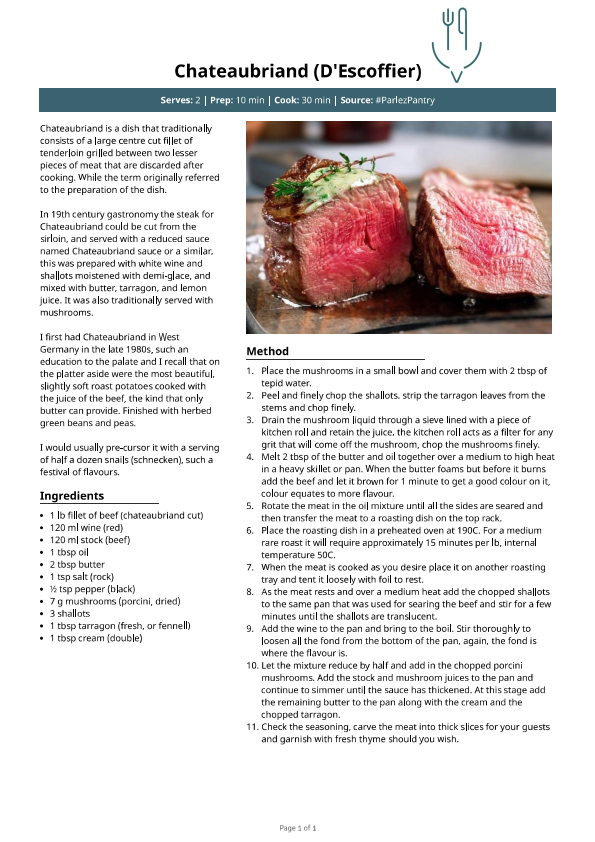 Chateaubriand is a dish that traditionally consists of a large centre cut fillet of tenderloin grilled between two lesser pieces of meat that are discarded after cooking. While the term originally referred to the preparation of the dish.

In 19th century gastronomy the steak for Chateaubriand could be cut from the sirloin, and served with a reduced sauce named Chateaubriand sauce or a similar, this was prepared with white wine and shallots moistened with demi-glace, and mixed with butter, tarragon, and lemon juice. It was also traditionally served with mushrooms.

I first had Chateaubriand in West Germany in the late 1980s, such an education to the palate and I recall that on the platter aside were the most beautiful, slightly soft roast potatoes cooked with the juice of the beef, the kind that only butter can provide. Finished with herbed green beans and peas.

I would usually pre-cursor it with a serving of half a dozen snails (schnecken), such a festival of flavours.