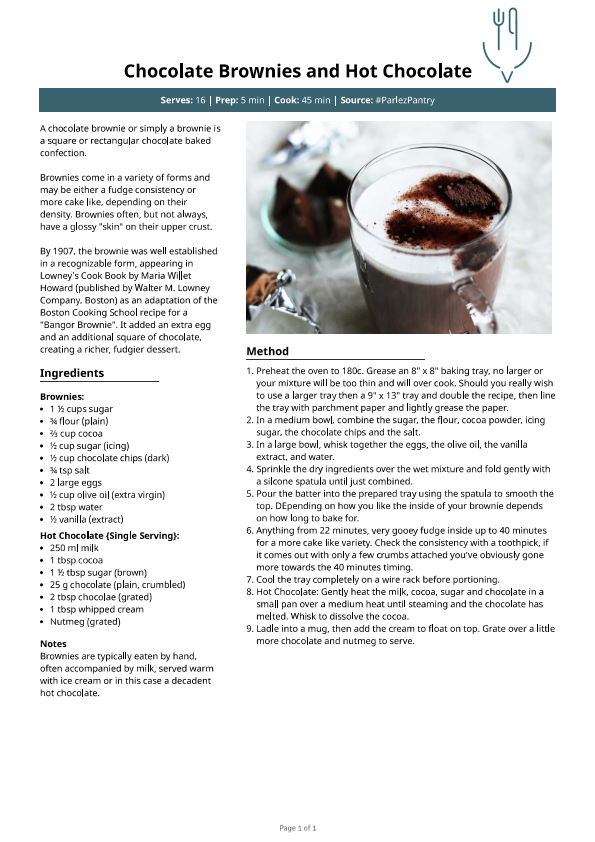 A chocolate brownie or simply a brownie is a square or rectangular chocolate baked confection.

Brownies come in a variety of forms and may be either a fudge consistency or more cake like, depending on their density. Brownies often, but not always, have a glossy “skin” on their upper crust.

By 1907, the brownie was well established in a recognizable form, appearing in Lowney’s Cook Book by Maria Willet Howard (published by Walter M. Lowney Company, Boston) as an adaptation of the Boston Cooking School recipe for a “Bangor Brownie”. It added an extra egg and an additional square of chocolate, creating a richer, fudgier dessert.

Download the .pdf from this link: Chocolate Brownies and Hot Chocolate