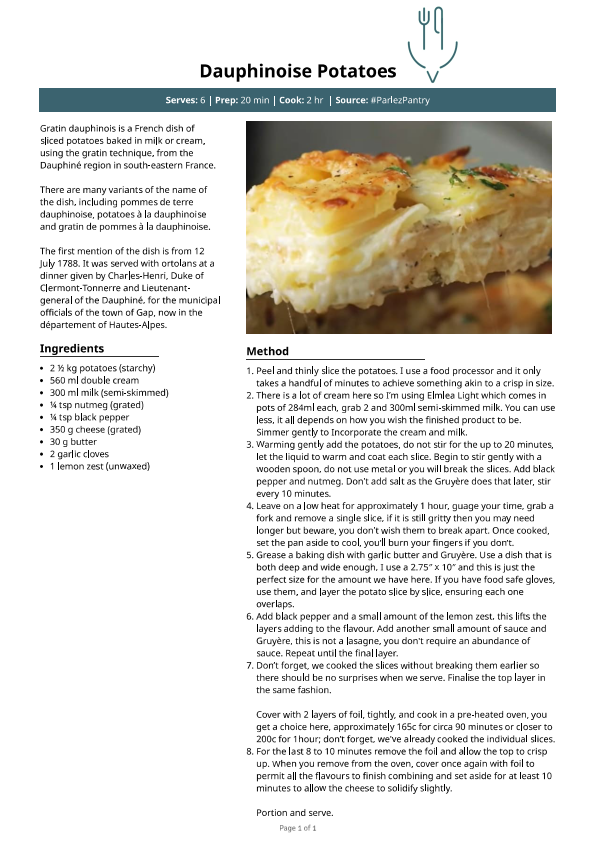 Gratin dauphinois is a French dish of sliced potatoes baked in milk or cream, using the gratin technique, from the Dauphiné region in south-eastern France.

The first mention of the dish is from 12 July 1788. It was served with ortolans at a dinner given by Charles-Henri, Duke of Clermont-Tonnerre and Lieutenant-general of the Dauphiné, for the municipal officials of the town of Gap, now in the département of Hautes-Alpes.