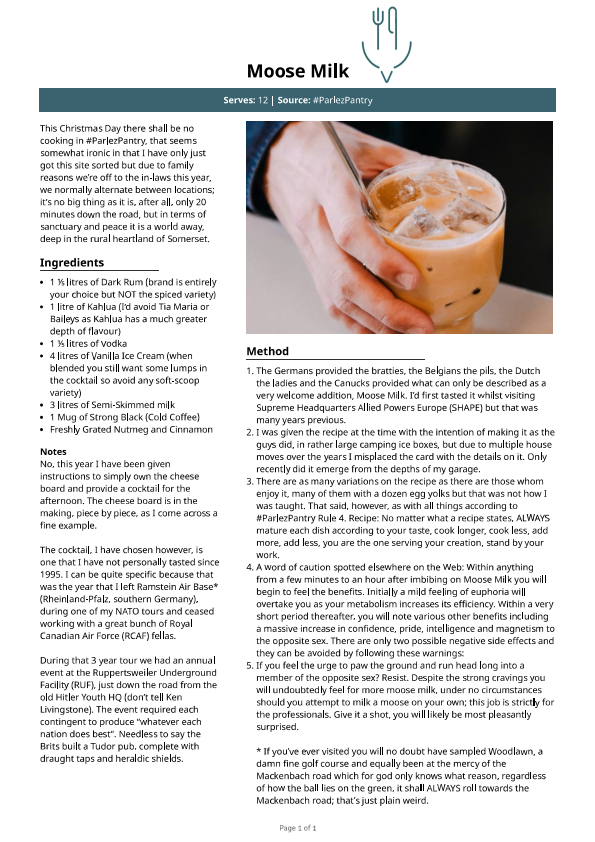 There are as many variations on the recipe as there are those whom enjoy it, many of them with a dozen egg yolks but that was not how I was taught. That said, however, as with all things according to #ParlezPantry Rule 4. Recipe: No matter what a recipe states, ALWAYS mature each dish according to your taste, cook longer, cook less, add more, add less, you are the one serving your creation, stand by your work.

A word of caution spotted elsewhere on the Web: Within anything from a few minutes to an hour after imbibing on Moose Milk you will begin to feel the benefits. Initially a mild feeling of euphoria will overtake you as your metabolism increases its efficiency. Within a very short period thereafter, you will note various other benefits including a massive increase in confidence, pride, intelligence and magnetism to the opposite sex. There are only two possible negative side effects and they can be avoided by following these warnings: