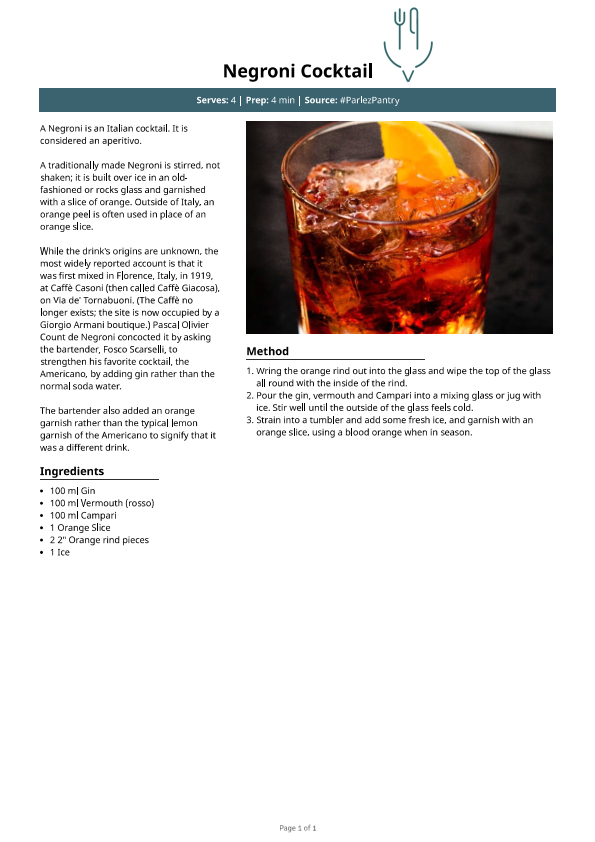 A Negroni is an Italian cocktail. It is considered an aperitivo.

A traditionally made Negroni is stirred, not shaken; it is built over ice in an old-fashioned or rocks glass and garnished with a slice of orange. Outside of Italy, an orange peel is often used in place of an orange slice.

While the drink’s origins are unknown, the most widely reported account is that it was first mixed in Florence, Italy, in 1919, at Caffè Casoni (then called Caffè Giacosa), on Via de’ Tornabuoni. (The Caffè no longer exists; the site is now occupied by a Giorgio Armani boutique.) Pascal Olivier Count de Negroni concocted it by asking the bartender, Fosco Scarselli, to strengthen his favorite cocktail, the Americano, by adding gin rather than the normal soda water.

The bartender also added an orange garnish rather than the typical lemon garnish of the Americano to signify that it was a different drink.