How to Reuse Whey 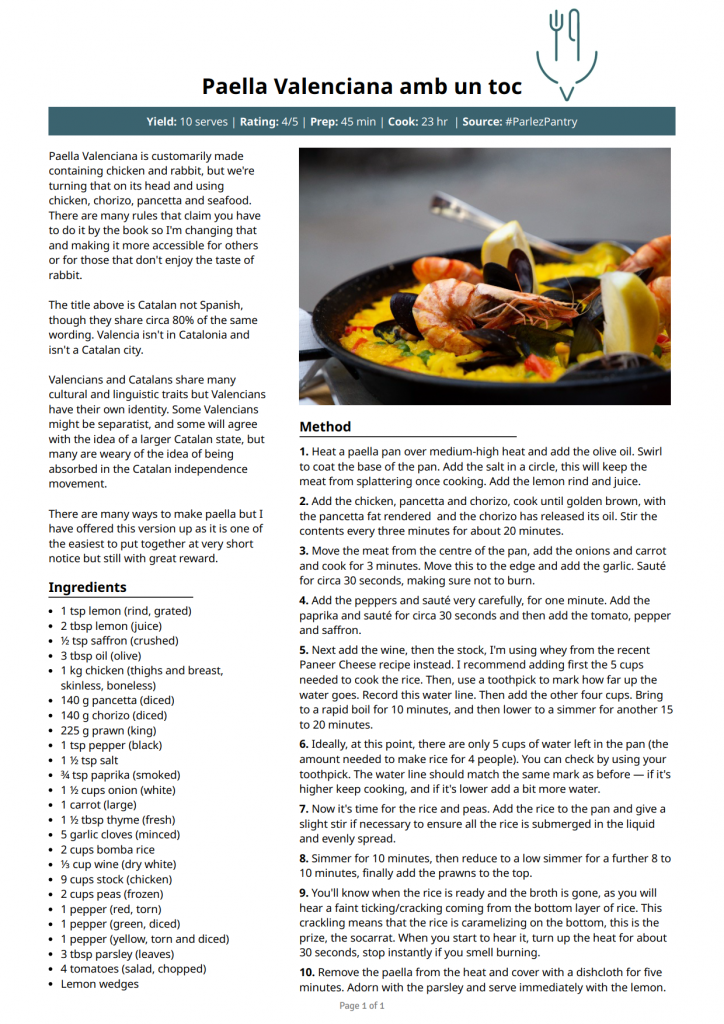 Paella Valenciana is customarily made containing chicken and rabbit, but we’re turning that on its head and using chicken, chorizo, pancetta and seafood. There are many rules that claim you have to do it by the book so I’m changing that and making it more accessible for others or for those that don’t enjoy the taste of rabbit.

The title above is Catalan not Spanish, though they share circa 80% of the same wording. Valencia isn’t in Catalonia and isn’t a Catalan city.

Valencians and Catalans share many cultural and linguistic traits but Valencians have their own identity. Some Valencians might be separatist, and some will agree with the idea of a larger Catalan state, but many are weary of the idea of being absorbed in the Catalan independence movement.

There are many ways to make paella but I have offered this version up as it is one of the easiest to put together at very short notice but still with great reward. You are free to use whatever shellfish you see fit.