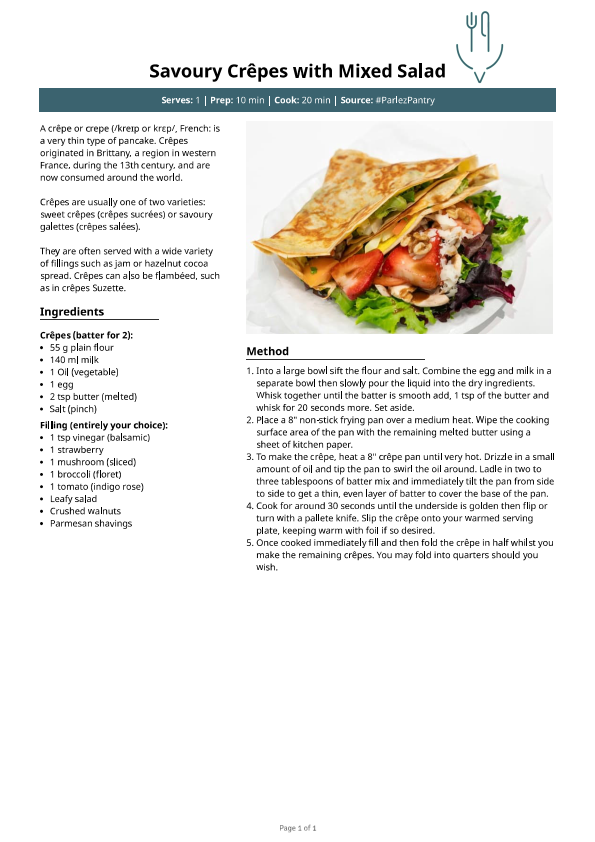 A crêpe or crepe (/kreɪp or krɛp/, French: is a very thin type of pancake. Crêpes originated in Brittany, a region in western France, during the 13th century, and are now consumed around the world.

They are often served with a wide variety of fillings such as jam or hazelnut cocoa spread. Crêpes can also be flambéed, such as in crêpes Suzette.

Download the .pdf from this link: Savoury Crêpes with Mixed Salad