The Not So Humble Cheese Toastie 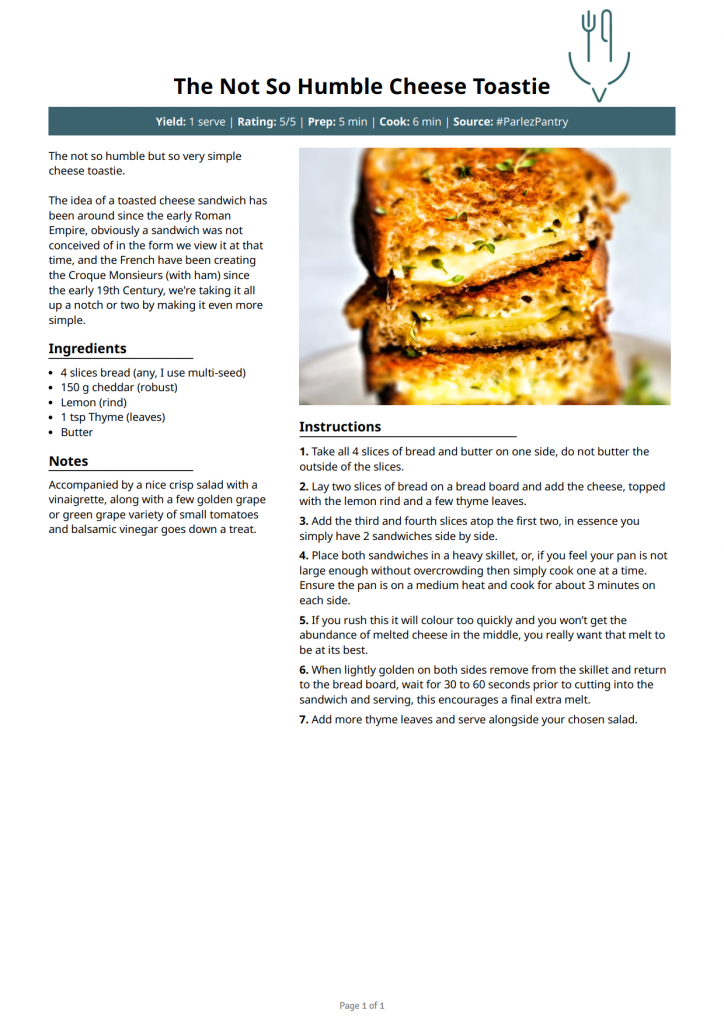 The idea of a toasted cheese sandwich have been around since the early Roman Empire, obviously a sandwich was not conceived of in the form we view it at that time, and the French have been creating the Croque Monsieurs (with ham) since the early 19th Century, we’re taking it all up a notch or two.

Accompanied by a nice crisp salad with a vinaigrette, along with a few golden grape or green grape variety of small tomatoes and balsamic vinegar goes down a treat.

Download the .pdf from this link: The Not So Humble Cheese Toastie